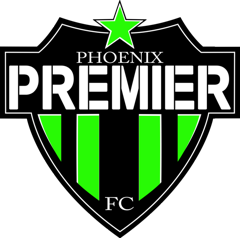 Phoenix Premier FC was formed in 2013. The Club carries the rich tradition of CISCO Soccer Club with its deep history of winning National and State Championships whilst providing high level soccer training for players in not only the southeast valley but the entirety of Phoenix and its surrounding areas. The Club motto, “Commitment to Excellence,” instantly indicates the driving force behind the Club ranging from coaching to organization. Phoenix Premier FC works tirelessly to provide the highest level of coaching available to develop talented young players.

In the spring of 2016 Phoenix Premier FC and Tempe Soccer Club merged to provide a better service for the youth soccer community.

Phoenix Premier FC is now home to over 850 players and growing. Phoenix Premier has highly competitive teams competing AYSA’s State League and Maricopa League whilst competing in the best in and out of state tournaments. The coaching staff strives to develop a culture for players where they are constantly challenged in a fun and rewarding environment.

For more information about the Club, please feel free to visit practices or contact the Club.